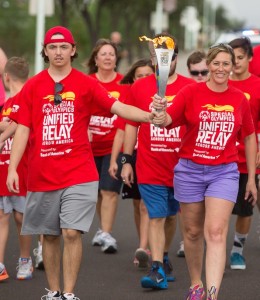 Hi, I am Brighton Smith I had my surgery with Dr. Notrica on March 19th, 2013. Before I had my surgery, I was weak and could not breathe well and could not do most of the sports I like doing at all. My sternum was caving in as well as my rib cage. So I could see my heart beating sometimes and so that was not normal and kind of scary. I could not run well and it was so hard to run and breathe at some points.

Dr. Notrica and his staff tried to make me less scared, but I was scared. So the Doctor talked to me and asked me questions and lots of things were going through my mind. I was worried about having my rib cage cracked. I was worried that maybe they would poke my heart with those bars and hurt me. I was worried that I would not be able to play sports again or that I might not wake up from the anesthesia. I was really scared and worried what would happen next.

But I woke up and I felt like I was a totally different person at first and then I looked down the hospital gown and I saw my chest was up. So I felt pretty good that it was definitely a different view than what I had been looking at before. I was in a lot of pain and they gave me medicine to make me feel better and that helped a lot. I was in the hospital for about 5 days. So the first couple of nights were tough but then I was able to eat on my own and then get out of my bed. And then I went home.

I could not walk up to my room upstairs when I got home. I had to sleep downstairs for about a good two months. The surgery took a lot out of me and it just took a while for my body to get strength. But after a couple of months I started to walk up the steps a little bit and then in time was able to go up the whole stairs. I needed a lot of sleep. I did not eat as well when I was at home to start, but that got better over time.

So now two years after this surgery I am feeling good about myself, I feel like a man. I am able to play sports again, it took time, but now I’m a lot better. When I was at school I felt a lot better about myself because before I felt different. But now I have a lot of confidence in myself and now I just want to show the world what I can do. And I am going to do that when I go to Special Olympics World Games in Los Angeles and play Flag Football with several NFL players.