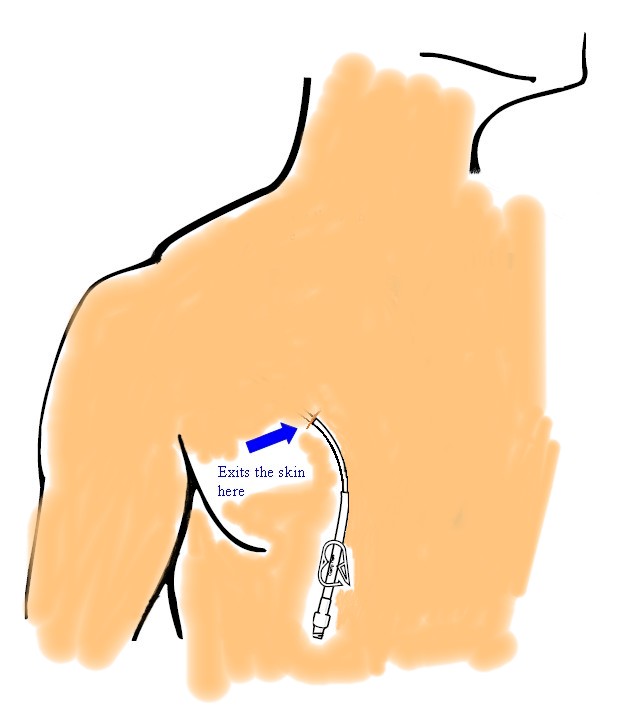 Central venous lines (CVLs) are special silastic devices which allow access to the venous system of the body. Like peripheral intravenous catheters (IVs), they are small hollow tubes which enter the vein. “Central” refers to the tip or end of the catheter that goes from its insertion site to a major vessel near the center part of the body, such as the vena cava. The most common central lines are now “PICC” lines. PICC stands for peripherally inserted central catheters. These can be put in by special IV nurses. PICCS are especially useful when IV access is needed for a few weeks.

When the catheter is needed for a long time, a tunneled catheter is used.  The purpose of the tunnel is to prevent infection in the vein, and allow for a special cuffed segment of the catheter to adhere to the body. After a few weeks, this cuff can prevent the catheter from being pulled out easily.

The decision for placing a Broviac or Hickman rather than a port is usually based on frequency and duration of use. A patient that needs venous access every day should have a catheter that exits the skin (like a Broviac) rather than a port. Ports are more convenient for short, intermittent uses. The final decision for catheter type, however, is individualized for the patient.