Gastrostomy tubes are generally used for providing long-term fluid and nutrition for children or adults who cannot take in adequate amounts by mouth. The two most common reasons for G-tubes are dysphagia (difficulty in swallowing) and malnutrition (also called failure to thrive).

The gastrostomy tube is a tube which goes through the skin and tissues of the body wall directly into the stomach. The tube is a convenient way to access the GI tract.

Types of Gastrostomy tubes:
G-tubes can generally be divided into 3 type:

Complications:
Leakage around the tube: The best treatment for this problem is to stabilize the tube so that the body closes in around the tube. Increasing the tube size only leads to an enlarged hole and more leakage. In patients with a balloon-type tube, the water in the balloon can be increased to block to hole better and decrease leakage.

Leakage through the tube: This is caused by failure of the one-way valve. Sometime this is due to a food particle propping the valve open. Try flushing the tube with some water. If this fails to solve the problem, the tube should be changed.

Blockage of the tube: Try flushing the tube with warm water. If a portion of the cap has broken off in the tube, your surgeon can probably retrieve it in the office. If these measures fail, the tube should be replaced.

Infection: It is normal to have some redness around the tube. If it extends more than 1 inch (in radius) away from the tube, we usually treat with oral antibiotics.

Bleeding: Mild bleeding (3-5 mL) is not a problem. Hold pressure with tissue paper or gauze and leave the tissue paper in place if the bleeding stops. If ongoing or recurrent bleeding occurs, call your surgeon.

Irritation around the site: This is usually caused by leakage around the G-tube site. First try to decrease the leakage. Protective creams such as Criticaid, ILEX cream, calseptin, or other protective salves can be tried.

Tenderness upon connection: Tenderness is common for the first 1 to 2 weeks. If it persists, the connection tube can be secured with tape or duoderm to the body and left connected. This allows the connection to the pump to be done away from the skin until the tenderness goes away. 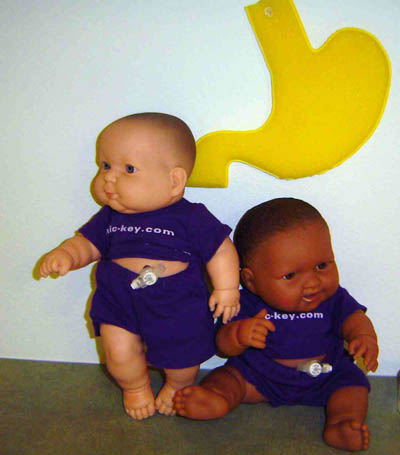 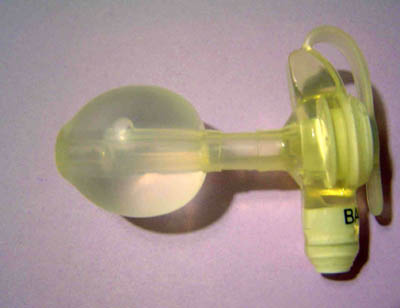 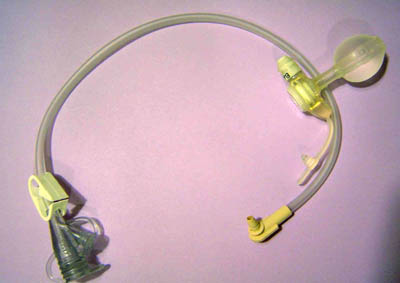